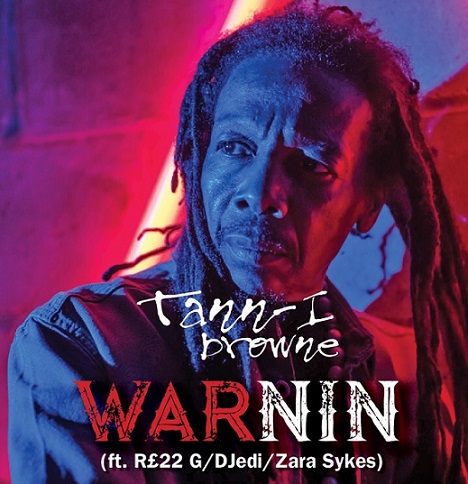 Tann-I Browne, who has just completed his album "Rebel Soul", prepares to release the first single entitled "Warnin/Sign Of The Times".

The message is simply in the music, we see and hear what is happening on our streets nationwide, and is heart-wrenching for parents and loved ones.

Produced by Paul Horton and Tann-I Browne, and featuring R£22 G, DJedi, and Zara Sykes, "Warnin" is set to make waves over the upcoming weeks, with a message that is loud and clear.

"Warnin" is released July 26th. Watch out for the video dropping imminently. Tann-I Brown is also preparing for a promo tour and will be in a city near you soon!