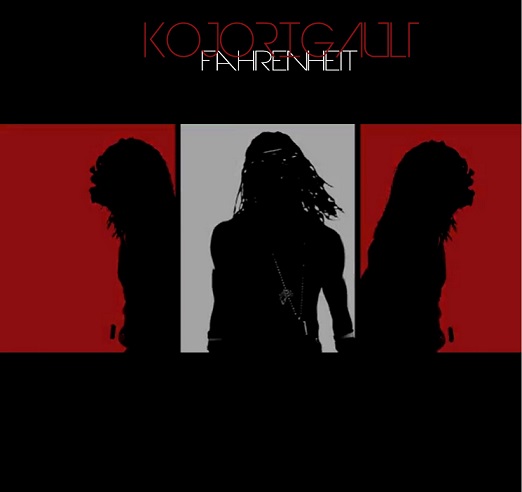 ‘This is the future sound of Reggae’’ Music Week

‘Will have you on your feet for sure’ Sample Face

Trinidad and Tobago-born, London-based Reggae-Pop artist Kojo Rigault is set to release yet another scorcher for the summer ‘Fahrenheit’. The track is a surefire hit for DJ’s to drop on the dance floor and follows the formula of Reggae/R&B and Dancehall mix, it tells the story of a girl who sets the temperature rising everytime she walks in the office. This innovative track in Kojo’s inimitable “Reggae-Pop” style follows the UK top ten urban chart hit ‘Loved Up’ and continues Kojo’s futuristic sound with garage music producer/remixer Kwarren and songwriter Winston Sela

Kojo’s music story began when he joined “New Creation” a Boys II Men inspired boy band with his childhood friends. The group became an overnight sensation after their appearance on a local Trinidadian TV show Party Time with their acappella renditions of classics ‘End of The Road’ and ‘So Hard To Say Goodbye’. The group gained the attention of Eddy Grant, which led to the recording of their first album ‘Spirits of Gold’. Their debut single “Hey Jude” earned the group a number 4 position in the European Music Video Charts and broke into the UK Top 40. They went on to win the award for best Caribbean R&B Group and securing a place in Trinidad & Tobago’s history as one of the country’s best known pop groups.

It is clear ‘Fahrenheit’ follows a history of success for Kojo. In the time since his days with New Creation, he debuted with ‘Loved Up,’ the first single from his yet to be released album that earned a spot in the top ten Music Week chart entry and 7 weeks in the Urban Charts. Following up this hit by gaining success once again in Music Week’s urban top ten with the single “Ghetto Girl”getting to No.7.

The Future is Hot, so stay up to date on Kojo’s Reggae-Pop vibe by checking his social media links for the latest updates.