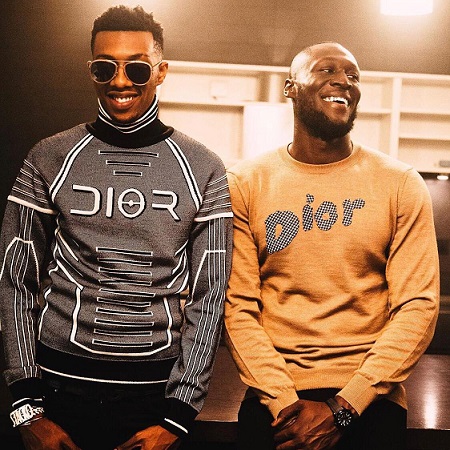 MOSTACK TEAMS UP WITH STORMZY FOR 'SHINE GIRL'

SOLD OUT HEADLINE SHOW AT BRIXTON ACADEMY THIS NOVEMBER

Today, ultimate elite UK Rappers MoStack and Stormzy finally collaborate and bring a fresh new sound to each of their sonic identities with ‘Shine Girl’ The track is taken from MoStack’s highly anticipate debut album STACKO and follows on from previous single ‘Wild‘.

‘Shine Girl’, directed by Kaylum Dennis, captures MoStack in his element – vibing and flowing in his trademark, playful rap style. This is matched by Stormzy’s catchy rap melody – something we don’t often hear from the rapper. The visuals to accompany, compliment the track perfectly, with guest appearances from rising R&B singer Dolapo and Stormzy’s long-term girlfriend – TV and radio presenter Maya Jama. Both strong, successful females play the role of MoStack and Stormzy’s girlfriends as the rappers tell the story of how their love can empower women and make them ‘Shine’

With this track, MoStack once again proves why he is without a doubt one of the most exciting UK talents as he demonstrates his immaculate rap flow and unique, stylish charisma. Combined with the co-sign from fellow heavy-hitter Stormzy, ‘Shine Girl’ is a massive statement in itself and solidifies MoStack’s position as one of the top artists in the UK. As he gears up to release what is set to be one of the standout albums of this year and having announced two Brixton shows (with one selling out in less than 4 hours) – you can’t help but think 2019 is going to be an amazing year for the rapper from Hornsey.

2018 has been a hugely impressive year for MoStack. The rapper gifted fans with singles ‘Litness’ and his third silver certified record ‘What I Wanna’. ‘What I Wanna’ was an instant hit with fans, becoming the most played record on Radio 1 for three consecutive weeks.

As well as his own hits, earlier last year MoStack featured on Mist’s ‘Diamond In The Dirt’ project and Krept and Konan’s catchy track ‘Crepes N Cones’. In 2017, he collaborated with UK Rap-star Dave for No Words – which is now certified platinum. Previously the rapper unleashed a series of hit tracks - with singles including “Block Popping”, “Let It Ring” and ‘Screw and Brew’ amassing to over 25 million views combined on YouTube, to date. MoStack continued to propel himself to new heights after the release of his ‘High Street Kid’ mixtape, which debuted at number 16 on the UK Album Chart whilst also holding the number 1 position on the iTunes & Apple Music Chart. His collobration with UK rap star Dave ' The rapper continues to cater to his ever-growing fan base with his catchy and energetic tracks.

MoStack has an unrelenting force of big tracks and has a talent that spreads far beyond the UK – the star has previously had headline shows in Sweden and Denmark on a mini European tour, cementing his status as an international talent.

This year, MoStack has already blessed fans with a GRM Daily Duppy which currently sits on over 3million views – this freestyle was the fastest to reach a million views on their channel. As well as this, MoStack featured on super producer Steel Banglez’ track ‘Fashion Week’ which also features heavy hitter AJ Tracey. ‘Fashion Week’ burst in to the top 10 Official Charts, peaking at an incredible number 7 position.

Known for his unique flows, imagination, stylish charisma and creative visuals, Mo has built a core and loyal fan base from the ground up. Named by BBC 1Xtra as one of the hottest artists to look out for in 2017, to date he has already garnered over 140 million streams. MoStack is also making his mark in the world of fashion as the official ambassador for the new Puma RS-0 collection. With all of this up his sleeve and an album approaching fastly, 2019 is set to be an even bigger breakthrough for MoStack.