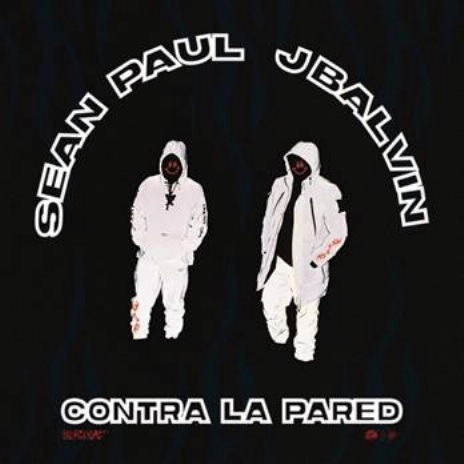 Grammy award winning Dancehall legend, Sean Paul, revered as one of the most consistent hit makers in pop music, teams up with Latin superstar J Balvin for the release of his electrifying new single “Contra La Pared” (Against The Wall) via Island Records.  The new single follows on the heels of Sean’s recent smash “Mad Love” ft. Becky G which was produced by phenom David Guetta.

On collaborating with Balvin, Sean states, “It was great working with J Balvin! He's a star from the Latin world who has such a great knowledge & respect for Dancehall music so when the dons of Dancehall & Latin team up the result is pure fire!”

Balvin added, “Working with Sean Paul was a real blessing.  I've been a fan of his music for a long time, and since Reggaeton obviously has strong roots from Reggae, it was really exciting to bring our world's together."

Hailing from Medellín, Colombia, J BALVIN - has been praised by Billboard as “the biggest breakout act Latin music has seen in many years.” With a distinctive style all his own, J Balvin has become the undeniable leader of a second-generation Reggaeton revolution propelling the Urban genre back to the forefront of Latin music worldwide. J Balvin has quickly notched eleven #1 Latin singles, over 50 million social media followers, and over 20 billion YouTube views.  Balvin’s most recent album VIBRAS was hailed by TIME, Rolling Stone, Billboard and more as: “One of the Best Albums of 2018.”

The Andy Hines (Kali Uchis, Logic) directed music video which releases tomorrow at 10 a.m. ET/2 p.m. GMT was shot at Utah’s Lake Powell.  The dynamic energy between Balvin and Sean pierces throughout the entire video. “Working with artists like Sean and J Balvin, these are the kind of artists that I like to work with because they actually do things that are different and they are not afraid to take planes, trains and automobiles to get out to a place like this,” Hines states.

One of the most instantly recognizable voices in music, Sean has been responsible for an unbroken string of massive hit singles in the last two years, including “Body” featuring Migos, the worldwide hit “No Lie” featuring Dua Lipa, Clean Bandit’s “Rockabye” which spent nine weeks at number one in the UK charts and, of course, his Grammy nominated Number 1 Billboard, global smash with Sia “Cheap Thrills.”

It’s fair to say that Sean has rarely been away from the higher reaches of the charts and indeed last year he was presented with a plaque from the Recording Industry of America (RIAA) for selling a staggering 26 million records.