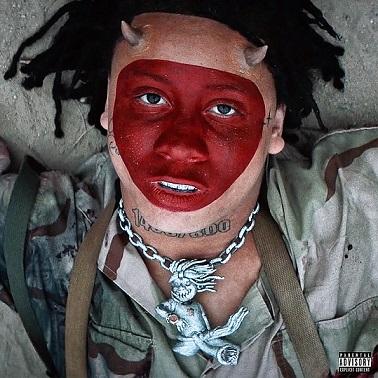 “Trippie Redd has shown fans he can do it all. From singing over hard-hitting rock sounds to making laid-back melodic raps and spitting ferocious bars, the rhymer proves he’s got the right formula to be hip-hop’s next big superstar.” – XXL

“On his own terms, 19-year old Trippie Redd has impacted hip-hop culture being named “rap’s next Rockstar” by XXL, Mass Appeal, Pigeons & Planes, and Noisey.” – The Source

Trippie Redd’s November 8, 2018, album A Love Letter To You 3 entered the Billboard Top 200 at, fittingly, number 3, and that week he held the title of the most streamed album in America. That marked Trippie’s second Top 5 in 3 months on Billboards Mainstream Top 200 Charts (In August, 2018, Redd's Life's A Trip LP entered #4 on the Billboard 200). He is currently at 3.5 BILLION streams.

XXL wrote Trippie succeeds by placing Redd’s narrative at its core and leaning into the inventive melodies that initially put the young rapper on the map. Lyrically, Trippie is direct. Vocally, his balance between restrained and bombastic delivery is unmatched.” Trippie recently graced the Jimmy Kimmel Live! outdoor Hollywood stage with a performance of “Topanga”. Watch it HERE. He also performed his other hit song “Taking A Walk”. Watch it HERE.

In addition to generating nearly 4 billion streams, Trippie was named a Spotify “Rise Artist,” Artist to Watch by Rolling Stone, and landed on the cover of the 2018 XXL “Freshman Class.” “Singing real shit that people all over the world can relate to— timeless, says Trippie. “Timeless music literally is a concept I can live on.”

Trippie’s breakout mixtapes A Love Letter To You and A Love Letter To You 2. hit the stratosphere in 2017. Praised for his lyrics as well as his style, he chronicles love and heartbreak from the streets and experience. Trippie became serious upon becoming a rapper upon encouragement from his late older brother. Trippie Redd would later get a scar tattoo on his face to honor him after died in a road accident in 2014 -- pushing Trippie to work harder on his music. He grew up being raised by his single-parent mother (his father was incarcerated since Trippie’s birth). Life’s A Trip continues to share Trippie’s eccentrically-wild world as seen through Trippie’s eyes. He finds influences from Gorillaz, Erykah Badu, Drake, Marilyn Manson, Tupac, Nirvana, and Lil Wayne (among others).