Nothing Feels The Same 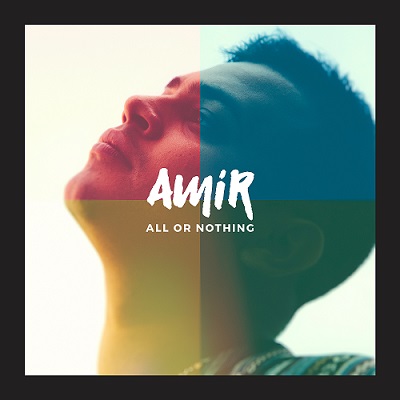 "NOTHING FEELS THE SAME"

TAKEN FROM THE ALBUM "ALL OR NOTHING"

"Blessed with a lush, direct, and hugely confident vocal from the newcomer" - Clash Magazine

"When I heard his vocals and track,  he immediately caught my attention. " - BBC Asian Network

Born in North-London to a Punjabi father and a mother from the midlands, AMiR has always had a burning passion for music. Since a young age, music has been the only path for the gifted performer. Starting with the drums, he soon found music an addiction taking on the guitar and piano. Since then, he’s worked to become the complete musician.

Music has been AMiR’s life since before he can remember, though it’s not been without it’s hardships. Working with previous management led to a crisis of identity and a pressure to conform to perceived ideas of “British Asian” artists. It’s a discourse AMiR’s glad to see the back of and hopes to inspire others of their individuality as he reveals in a telling interview with The Metro.  It’s a problem symptomatic outside of the music industry. Having friends battle with depression due to their fear of revealing their sexuality, career choices or otherwise - Has given AMiR a strong desire to represent those that feel trapped by decisions made on their behalf.

“The pressure in the industry of having to cater to “British Asian standards” just doesn’t sit well with me. The Asian Network have helped me get that message across. I’m lucky with my family as they have never pressured me to be something I’m not. But it’s not the same for some of my friends. They have to service the family name before they are allowed to be happy, which ultimately messes us all up.”

His hard-work and undeniable talent have began to bear fruit, leading to opportunities working with Grammy winning producers worldwide, including Peter and Daniel (Matoma, Galantis, DFA) and Patrick Patrikios (Little Mix). Since starting out as a solo artist, his singles ‘All Or Nothing’ and ‘Drench Me With Your Lust’ were instant favourites with Kiss FM, BBC Asian Network, the latter regularly supporting and shortlisting him as an artist to watch. Soon after, came support from Jo Wiley on BBC Radio 2 and Craig Charles on 6Music. Regular radio support and a healthy online following for his recent singles, have since led to AMiR being chosen to perform the BBC Introducing stage at Glastonbury 2019.

The product of a lifetime of live performance, hard work and a dedication to his craft - Is the aptly named debut album ‘All Or Nothing’, due this summer. The final single from the full-length album ‘Nothing Feels The Same’, explores AMiR’s passion for contemporary pop production. His distinctive, funk influenced songwriting style holds strong - with an electronic production as the driving force for this powerful pop anthem.