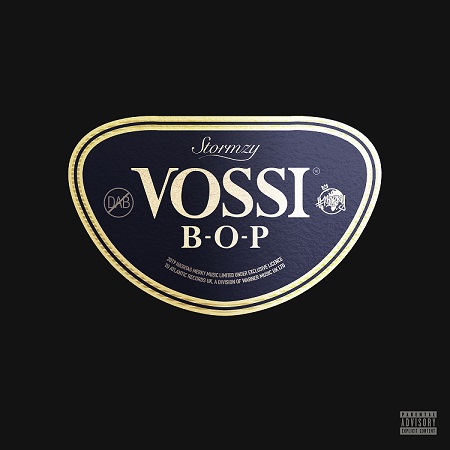 ‘Vossi Bop’ marks Stormzy’s first release since 2017 and, the first from his #Merky Records label partnership with Atlantic Records.

Originating from a viral dance created by NL Vossi in 2015, ‘Vossi Bop’ is produced by British producer Chris Andoh and showcases Stormzy’s world class lyricism, signifying a hugely poignant return for the modern-day troubadour. Directed by Henry Scholfield, the accompanying visual sees Stormzy perform in a plethora of iconic London locations including; Westminster Bridge, Silvertown Square and the Bank of England in central London. It also features a cameo appearance from British actor, Idris Elba.

Before Stormzy released his platinum-selling #1 debut album, ‘Gang Signs & Prayer’ in February 2017, many would merely have called him one of the most promising rappers on the UK scene. Just two years on however, that description is utterly inadequate. A showman like no other, his remarkable ascent has been accompanied by his honest and relatable character. Known for evolving the underground musical landscape, as well as being a perennial political agitator, Stormzy is a true spokesman of black empowerment and social activism and has become one of the UK’s most inspiring cultural figures.

Despite being out of the ‘musical’ spotlight for over a year, his philanthropy has continued. In July last year, Stormzy launched ‘The Stormzy Scholarship’ – a studentship which funds the study of two black students, each year, at Cambridge University. Subsequent to that, he unveiled #Merky Books, an imprint formed in collaboration with Penguin Random House UK which saw the release of own book ‘Rise Up: The Story So Far’ in November. Shortly after he revealed the imprint’s ‘Writers’ Prize’ – an initiative which looks for the best authors of the next generation. Adding further strings to his bow, the Ghanaian MC also announced his very own music record label #Merky Records in January 2018 - a subsidiary of Atlantic Records UK – which will look to sign the hottest new and emerging talent.

Further to Stormzy’s incredible rise within his recorded music, the Croydon-born MC will soon break records in the live sphere by becoming the first-ever British MC to headline Glastonbury Festival, the world’s biggest music festival, this coming June. Soon after, he’ll head to Ibiza for his annual #Merky Festival – a 2-day event which hosts some of the UK most in-demand artists. This year the festival sold-out in 48 hours, marking the first time - in Ibiza history – for a ticketed event to have all tickets sold off of the island, prior to the event.