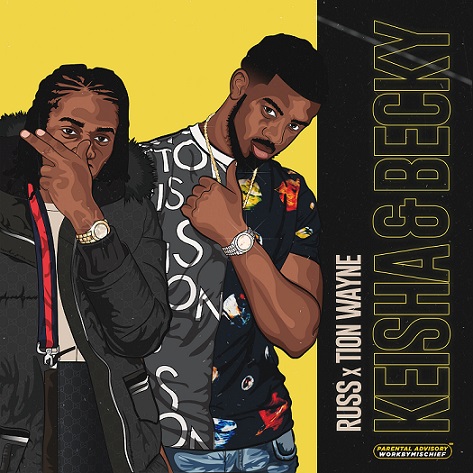 Born in England and of Jamaican descent, the rapper only started his career in 2016, but drawing immediate national attention with “Gun Lean” - Russ has quickly carved himself out as truly one of the breakout names of the year.

Critical attention has also been swift: from the likes of TRENCH MAGAZINE and NOISEY to national publications incl. THE GUARDIAN and SHORTLIST proclaiming a singular new talent, Russ continues his phenomenal rise with a new collab with another of London’s hottest rappers. “Keisha and Becky” draws some of the most memorable verses from both artists over an instantly huge instrumental courtesy of Gotcha. A playful, hard banger that will continue the critical and public dominance of the drill genre well into 2019.

Establishing himself as one of the UK drill scene’s most important and influential crossover artists, Russ created a bonafide national dance move with his last track, and now joins forces with Tion Wayne for a new, undeniable banger that will continue to cement both artists’ trajectories as two of the hottest names in the scene right now.

Russ’s ‘One of a Kind’ moniker continues to ring true with another huge street anthem - and the kind of lyrical expression that will again cut across demographics. The rising star continues to carve his name as one of the most interesting, relevant ones to watch for 2019.