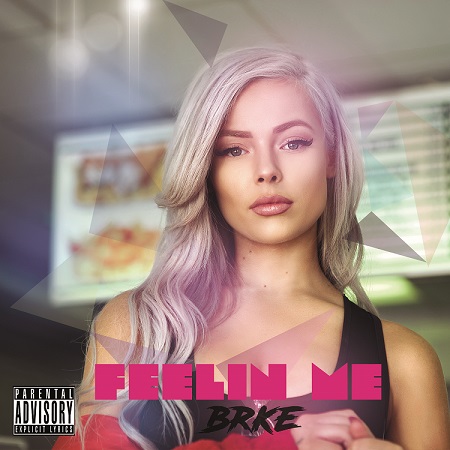 ‘Feelin Me’ is a feel-good record that gets your head nodding and makes you want to get up and dance to its sick production. The simple but catchy lyrics echoes the confidence and directness of modern feminism in 2019, that unapologetic approach of telling a guy, “I fancy you, so what’s up?”

Since 2015, BRKE, pronounced Brooke, has been releasing her own material via her independent record label, Mad Moves Records, with garnered success. Her previous two releases, ‘Control Me’ and ‘Livin Life’ racked up just under a million views collectively on premier video platform, GRM Daily. Her views are sure to be increased with the visuals for ‘Feeling Me’ displaying more of BRKE’s sexy edgy Essex persona, with a bunch of like-minded empowered females catching a vibe to the song in a club.

Aiming to increase on her fan base and reach new audiences, BRKE continues her rise as one of the UK’s most versatile and exciting new talents with ‘Feelin Me,’available to download and stream on all major DSP’s.