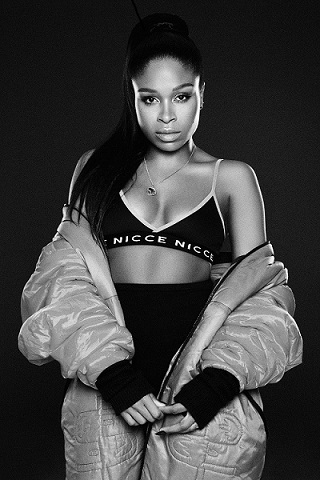 With eight hit singles to date, Scandinavian popstar NABIHA has created a name for herself as a brilliant writer and performer across Europe with a reputation as a surefire star on the world stage.

Multi platinum sales, nominated for more than 14 music awards including 4 Danish Music Awards, 33 chart placings and an ongoing stint as a Denmark’s Got Talent Judge show the impact NABIHA has had in her short career so far.

Her music has been used on more than 50 syncs worldwide and she has been the top of the national airplay charts multiple times.

The end of 2016 saw her video for new song  “My Truth” released as a precursor to her new material in the new year. Nabiha explains the story behind the track:

”My Truth” is about taking the time to reflect on your life, finding peace with it and with yourself in a restless world.  It’s about following your intuition and creating your own narrative - focusing on what’s important to you, and staying true to that".

NABIHA starts 2017 with the release of new single  “Young”.

”Young” is about looking back at the moment you first fell in love. Recalling every minute, and every image, encompassing that euphoric feeling.  I wanted to write a song inspired by my own experience with love, imagining how it will be like years from now, reminiscing about the beginning of the butterflies. I wanted to put that desire, hope, and innocence into a song, to remind me of new love"”

NABIHA’s songs are inspired by her colourful upbringing in Copenhagen and her West African roots .  This blend of influences and styles makes her a unique proposition in the pop, urban and electronic landscape.  She explains:

“I love to mix genres. The collision of different genres and musical worlds really excites me”

With her fans and the media waiting to see what NABIHA does next, this popstar is brilliantly placed to continue rising in 2017.