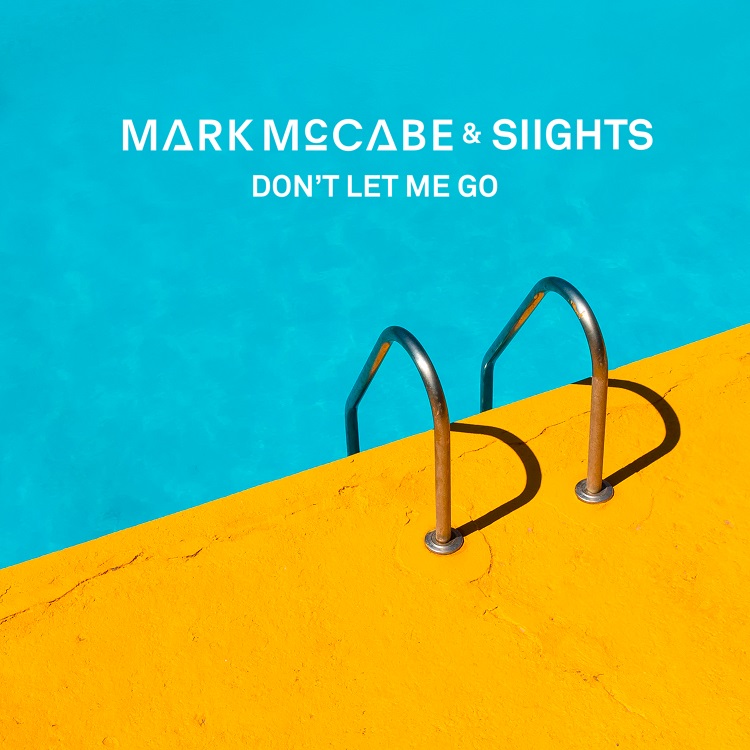 ‘Don’t Let Me Go’ found its origin in Amsterdam, a place McCabe had frequented and found sanctuary around the success of his remix of the Gavin James hit, ‘Nervous’.  Amsterdam felt like the ideal place for him to work on his own projects.

A fan of Irish duo SIIGHTS, McCabe sent the basic track structure over knowing that these ladies would bring the ideal ingredient and contribute something special to the track.

On a scorching day in May almost a year ago, SIIGHTS put pen to paper with the intention of creating a track that would bring about feel good summer feels, and that is exactly what happened.

Two days later ‘Don’t Get Over Me’ was born!

Of the track, SIIGHTS say;

“Lyrically the song is about that one person you just always seem to be drawn back to.

The person you got together with when you were young and just figuring things out.

It describes the scenario of being off & on again with someone and after being apart for a while realising you’re meant to be together hence the lyric; ‘Don’t let me go’. “

“The last line of each verse says; ’I don’t think I could lose you again’. They describe the different situations you find yourself in when you’re going through the motions of a break up, waking up in bed alone - but you can’t get the person out your head.”

‘Don’t Let Me Go’ is the follow up release to McCabe’s summer hit ‘Over Me’ that featured Dubliners, Aimée and Ovie. ‘Over Me’ was a Top 30 Irish Airplay summer hit and has amassed over 1 million combined streams, to date.

‘I’m Feeling It’ came in advance of ‘Over Me’ and was released with Australian dance act Sunset Bros in late 2017.

The pair first met in LA after Mia had come off a 2 year world tour playing with Hozier. The duo have already made a big impression in 2018 selling out their debut headline show in King Tuts Glasgow within the first few days of announcing it! They hit over 1million Streams on Spotify and were featured on the Apple Music banner all across Europe. The duo also spent 9 weeks in the top 10/ top 20 of the Ireland Shazam chart & the Top 20 radio airplay chart with their recent single BIWM. SIIGHTS started off 2019 having 2 singles hit the Spotify Viral top 50 simultaneously and then remain there for 5 weeks. Hot tipped as the breaking artist to watch in 2019 by Discover NU.