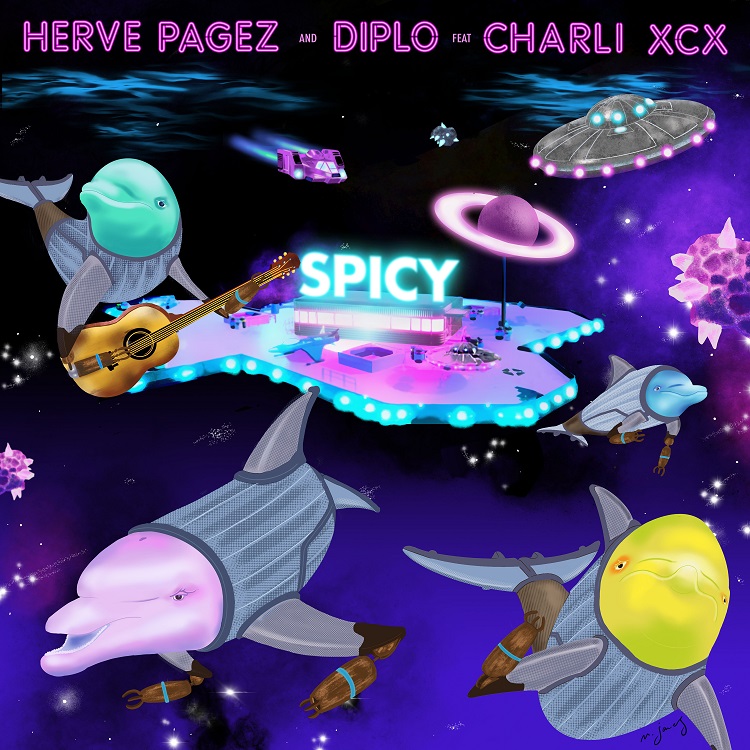 Herve Pagez is from the small Caribbean island of Guadeloupe. As a kid, he soaked in homegrown dancehall, educating himself to the rhythms of Vybz Kartel, Elephant Man and Sizzla, eventually teaching himself how to produce in his bedroom. In 2012 Laidback Luke discovered Pagez and signed him to his label, Mixmash. Soon after, Diplo reached out to Pagez for an official remix of Major Lazer’s “Lose Yourself” and the two stayed in touch. Pagez now lives in Paris.

Diplo, born Thomas Wesley Pentz, is one of the most dynamic forces in music today under his own name, as well as a member of the now legendary Major Lazer, LSD with Sia and Labrinth—which has tallied more than a billion streams and just released its debut album, and Silk City with Mark Ronson—whose “Electricity” with Dua Lipa topped charts worldwide and won a Grammy Award for Best Dance Recording. As the world’s most in-demand producer, Diplo has worked with artists as disparate as Beyoncé, Bad Bunny and Turnstile. The past year has seen the release of three EPs, the continent-inspired EP Europa and California, inspired by his sometimes-home base of Los Angeles, and the deep house-inspired Higher Ground that was followed by a brand-new show production at Diplo’s Coachella headline set. He continues to tour the world over.

Pop pioneer Charli XCX, is the award-winning talent behind the multi-Platinum and global No.1’s “Fancy” and “I Love It” and UK Top 10 “Boom Clap” who recently dropped a brand new single “Blame It On Your Love” featuring Lizzo, heralded for saving pop music by many tastemakers. In 2017, she bookended the year with her critically-acclaimed mixtapes Number 1 Angel and Pop 2, featured on David Guetta and Afrojack’s global smash “Dirty Sexy Money” and released her standout summer crush anthem “Boys.” Charli took full creative control across casting, directing and producing the accompanying video, which not only saw her flip the traditional male gaze on its head, but featured an all-star male cast. In 2018, following a series of tracks drops (“5 In The Morning,” “No Angel,” “Focus” and “Girls Night Out”), heralded mixtape shows and a global support tour with Taylor Swift, Charli XCX returned with the UK Top 15 smash “1999” feat. Troye Sivan. Combined audio streams of “1999” have since surpassed 136 million globally. The accompanying video was co-produced by Charli and payed homage to standout cultural references from the year of 1999. Charli XCX has won multiple awards including 2 x Billboard Awards and 1 x YouTube Music Award, alongside nominations at the GRAMMY®’s, BRIT Awards and MTV EMA’s. For more information, please visit https://charlixcx.tumblr.com.