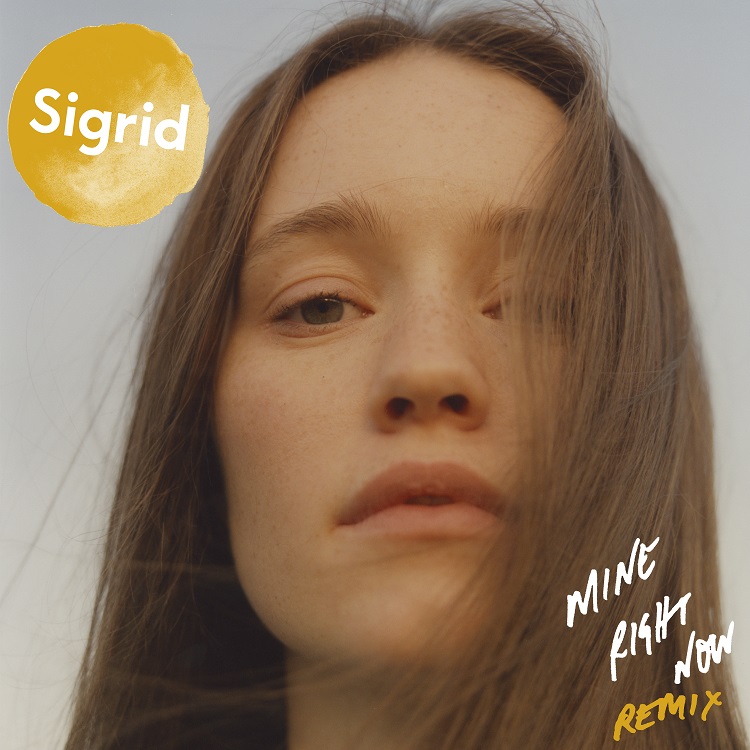 One of my fav ladies is BACK!

Sigrid announces new single ‘Mine Right Now’, lifted from her critically acclaimed debut album Sucker Punch. The Norwegian pop star’s natural talent, impassioned live presence and defiant hit songs have captured the hearts and minds of fans across the globe. Playing a knock-out show at London’s O2 arena to 20,000 people, Sigrid will embark on her biggest summer to date; performing at festivals from Primavera to Glastonbury, Latitude and Lollapalooza, bringing her #4 debut album to life. Mine Right Now is an undeniable summer anthem. Sigrid says: “Mine Right Now is about not thinking too much, and just going for what you want. There’s small stories inside every line. We wanted to make a song that would feel euphoric to play live. I was imagining festivals, my own headline shows… it was really fun to co-arrange it! Hope you like it as much as I do!”

In the last two years we have witnessed a remarkable new talent in Sigrid. From the tiny town of Ålesund in Norway, but with a colossal mind, attitude and voice, Sigrid was catapulted into the public consciousness with the zeitgeist defining ‘Don’t Kill My Vibe’, top 10 single ‘Strangers’, and the exceptional smash ‘Don’t Feel Like Crying’, which paved the way for debut album Sucker Punch. Described as an authentic, pure pop triumph (LOBF) and an antidote to pop artifice (Mail), Sucker Punch  is a collection of thrilling contemporary pop.

Sigrid’s accolades are far reaching. Winning the BBC Sound of 2018, debuting at Glastonbury, bewitching TV audiences on The Royal Variety, Nobel Peace Prize, Later…with Jools Holland, and The Graham Norton Show. With streaming numbers reaching 570M, the Norwegian sensation is undoubtedly set to continue her ascent, and plays her biggest headline shows to date in November 2019, performing at London’s Eventim Apollo and 3Arena in Dublin.

Ok guys we LOVE Sigrid and this is just huge so please help us out with this MASSIVE NUMBER 1 PRIORITY!