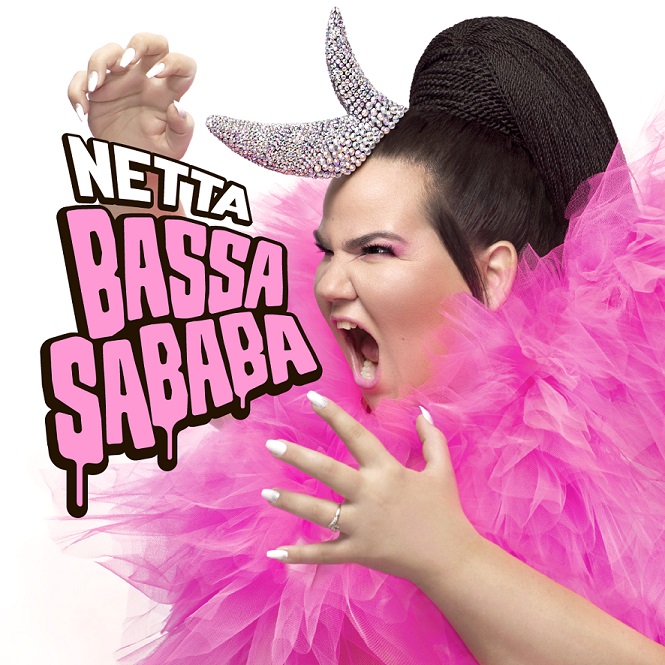 Another powder keg of energy, the track begins with an a capella chant before unfurling over ecstatic electronic production and a robotic warbling of the title. As soon as Netta belts, “Stop…call your mama,” it gallops over tribal guitar and propulsive percussion back towards an instantly hummable refrain.

“Bassa Sababa,” Netta's first release since the competition, fuses together contemporary sounds, EDM and 70's Folk-Rock with a contagious African beat. The song's title is a mixture of two opposite words in Hebrew/Arabic which essentially mean "Sad" & "Happy", while the lyrics of the song express Netta's individuality and celebrate her flaws as an empowering force.  It was co-written & produced by Netta along with collaborators Avshalom Ariel and Stav Berger. This is the same team that wrote and produced her global hit “Toy.”

The video, directed by Roy Raz (Jennifer Hudson, Jean Paul Gaultier, Dita Von Teese) is described as a bubblegum gore fantasy which mixes equal parts of sweetness and aggressiveness. Filmed in the Ukraine, the video begins with Netta on her wedding day being dumped at the altar. Instead of being hurt and playing the victim, Netta plans revenge and gets even.

Once again retaining her penchant for show-stopping surprises, she rewrites all of the rules for pop with danceable beats, unpredictable cadences, and arena ambition.

“Bassa Sababa” lands hot on the heels of her global breakthrough “Toy.” Not only did the latter win the coveted Eurovision Song Contest, but it also captured #1 on the Billboard Dance Club Chart and #1 on Spotify’s Viral 50 chart in the U.S., UK, and Australia in addition to generating 29 million-plus Spotify streams 104 million YouTube views for its music video.

In 2019, all signs point towards a global pop takeover by Netta with “Bassa Sababa” as the clarion call and exciting new year for the global talent as she readies more music for release soon.

With uncontainable charisma, a rafter-reaching voice, enchanting motion, loop wizardry, and acrobatic scatting, Netta quietly emerged as a global pop force in 2018. The Israel-born singer, songwriter, and performer first unlocked the power of music as a child. After attending high school in Israel, she finished mandatory military service in the Israeli Navy Band before entrenching herself in the country’s club and theater scenes. Along the way, she architected a style of her own equally inspired by Die Antwoord and Pokémon, utilizing a looping machine and wild wordplay. After grinding for years, she took a chance and auditioned for Rising Star—the Israeli equivalent of X Factor and qualifier for the Eurovision Song Contest.

Her breakout hit “Toy” emerged as the year’s victor and resounded worldwide. Moreover, it became Israel’s first winner since 1998 and fourth overall. Its quirky chicken clucking, show-stopping singing, wild looping, and evocative lyricism earned acclaim from The New York Times who predicted “a star is born.” The song generated 80 million cumulative streams within a few months, was signed to S-Curve, and announced her presence on the international stage. This is only the first of many anthems from NETTA. She’s got the passion and power to change pop for good.

And here are the exclusive remixes for you which have been brought to you by the fabulous Otto Benson and Until Dawn!