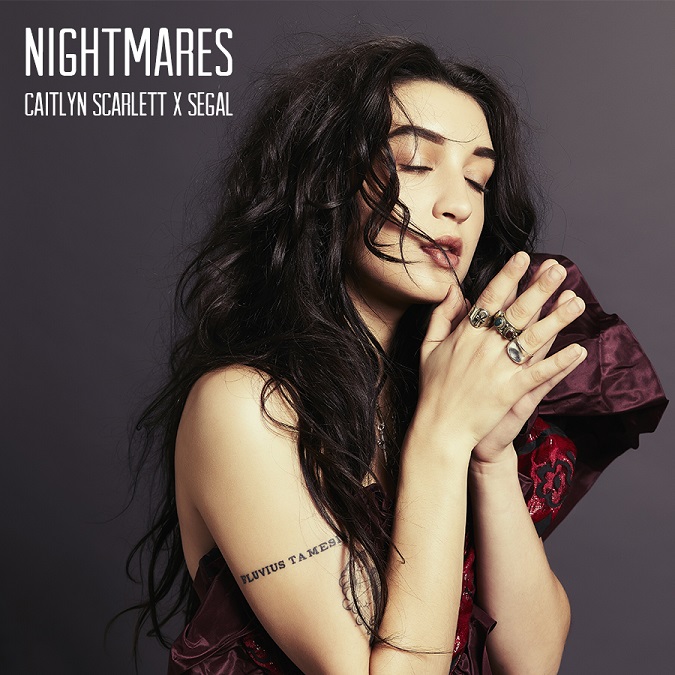 Emerging singer/songwriter Caitlyn Scarlett has delivered her up-tempo new single ‘Nightmares’, a collaborative production with Segal which has been used by the BBC as the title track to hit drama Clique (written by ‘Skins’ creator, Jess Brittain).

After signing a publishing deal with BMG in summer 2017, Scarlett has been the subject of high demand thanks to a number of productions, including her smash ‘Shangri-La’, described by The Line of Best Fit as “another massive track that blends unselfconscious pop sensibilities with a whopper of a climax”.
Though it was Jack Wins’ track ‘Free Wheelin’ released on Axwell’s label Axtone, which she wrote and featured on that saw Caitlyn skyrocket, with the record currently sitting on over 14 million streams on Spotify alone.

“Signing that publishing deal with BMG was a huge milestone in my life,” Caitlyn told The Independent. “A fan sent me a video of his 8 year old daughter (unaware she’s being filmed) in her bedroom singing along to my song 'Heart For Rent' and I almost sobbed like a maniac. That really touched me. Moments like that make everything I’ve done to get my music out there totally worth it.”

Her previous single ‘4am’ (over 1 million Spotify streams) alongside Dan Caplen landed in New Music Friday playlists in over 20 different territories, whilst ‘Ornaments’ was BBC Introducing’s Record Of The Week on BBC Radio 1 throughout summer 2018.

With ‘Nightmares’ serving as the perfect aural embodiment of Caitlyn’s incredible talents, the track precedes a busy 2019 for the songstress, who is planning to perform extensively throughout the year, bringing her unique sound to all corners of the globe.