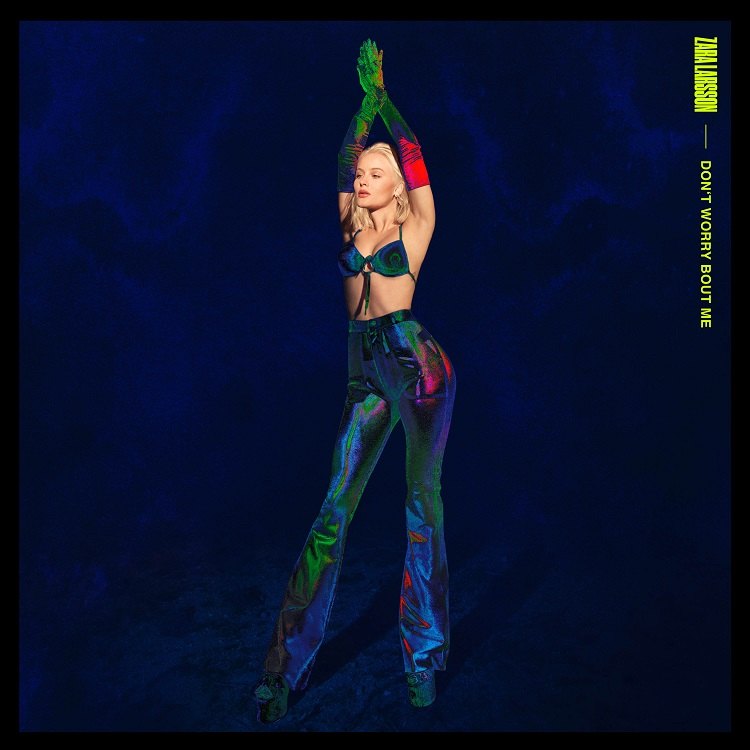 Zara Larsson has today unveiled her irresistible new single, 'Don't Worry Bout Me'. This comes off the back of latest release 'Ruin My Life', which became Zara's sixth UK Top 10 just before Christmas (at only 20 years old) and further previews the follow-up to debut international album, 'So Good' - a record that has become the most-streamed debut by a female artist ever on Spotify. Larsson's intimate run of US dates begins next month (with more UK/EU shows going on general sale tomorrow at 10AM), whilst she has also been confirmed to tour with Ed Sheeran on his massive European shows over the summer.

'Don't Worry Bout Me' is an affecting, attitude-heavy anthem from a young woman quickly becoming the kind of candid and curious global pop star that the world needs right now. Mixing a love of dancehall grooves with ethereal, Scandinavian electronics, the track is in many ways a spiritual successor to 'Ruin My Life', and its frank pleasures in the masochistic qualities of heartache. This time though, as Zara teased in conversation with Billboard last year, "it's almost like: I don't give a fuck about you anymore, get out of my mentions, get out of my DMS. Like, "Bye, don't worry about me, worry about you."

Whatever your worries, the new generation of pop seems safe in the hands of Zara Larsson. Here is a fearless artist who - even two singles into her new campaign - appears to be stepping up to the plate: testing the boundaries of her sound and look, whilst (like many of her fans, clocking in at over 5.6 million followers on Instagram alone) also questioning her place in the world, in love, and in her own skin. Few acts at this stage of their career have seen their music travel in the way Zara's continues to. Whether it be performing for the Nobel Prize committee, winning an award for feminism from Sweden's oldest womens' rights organisation, leading a Durex campaign in association with HIV charity RED; or - simply - by taking her all-singing, all-dancing show to the likes of Jimmy Fallon, Ellen DeGeneres, The X Factor or Top of the Pops; wherever she goes, Zara Larsson's is a positive, progressive outlook on pop stardom which is equal parts sass and deadly series about getting stuff done.

As she works on her top-secret second album - though Ariana Grande recently tweeted a photo of her recording BVs for Zara - Larsson seems as intent on looking to where she came from as she is contemplating where her career could take her next. Perhaps this faith in the redemptive powers of music came from the national psyche of Sweden, and a lineage from Abba and Robyn to Max Martin which no doubt influenced the Larsson household in Stockholm’s humble suburbs. “I’ve been doing this my whole life,” Zara is quick to remind you. “We couldn’t even have furniture at home. After every dinner it was like, “clear the living room, that’s the stage.” Those nerves of steel landed Zara a number 1 record in Sweden aged 15, before she turned her attention to the international stage (with global hits such as the irrepressible ‘Lush Life’, ‘Never Forget You’, ‘I Would Like’, ‘Ain’t My Fault’, and the number-1-charting 'Symphony'). And it’s this broader, adult world-view behind her new material - on what makes a truly great banger, or what makes girls like her tick – that informs where Zara Larsson finds herself in 2019. A pop star in the classic but most contemporary sense, and the type of Gen Z role model who can make a record like 'Don't Worry Bout Me' resemble an actual promise.